NEMO Arms … When you think of the name “NEMO Arms” the first thing you probably think of is the insane OMEN 300 Win Mag AR they make. The last thing you probably would have thought of was “Over/Under Shotgun”, but that’s all about to change. NEMO Arms recently started offering 12 gauge and 20 gauge over/under shotguns that are sure to blow your mind.

I’ve got to be honest, I like nice things but I’m never really been an over/under kind of guy. More of a 870 pump or Mossberg 930 kind of guy. I’ve always been under the impression that to get into a nice over/under you’d have to spend something in the $8k-$10k range, so I’ve never even tried. I mean, if you do a simple search for “expensive over/under shotgun” you find examples that are over $100k.

Recently I was given the opportunity to photograph and review the new NEMO Arms NXL Lite 20 gauge with an MSRP of $3,199. Compared to many other “high end” over/under shotguns, $3,199 is actually on the low end so I was interested to see what this gun was all about.

FIRST IMPRESSIONS
While a good first impression is not a concrete stamp of approval, it is usually a great indication that the company has done due diligence in other areas of the firearms production as well. It’s no surprise that NEMO Arms went all out on the presentation of their new shotguns. Imagine if you will, you show up to your FFL to pick up your new shotgun. The guy behind the counter goes back to get the gun everyone has been drooling over. He can’t help but find it appropriate to do what I would call a “curtsy” as he hands you the NEMO Negrini Case. 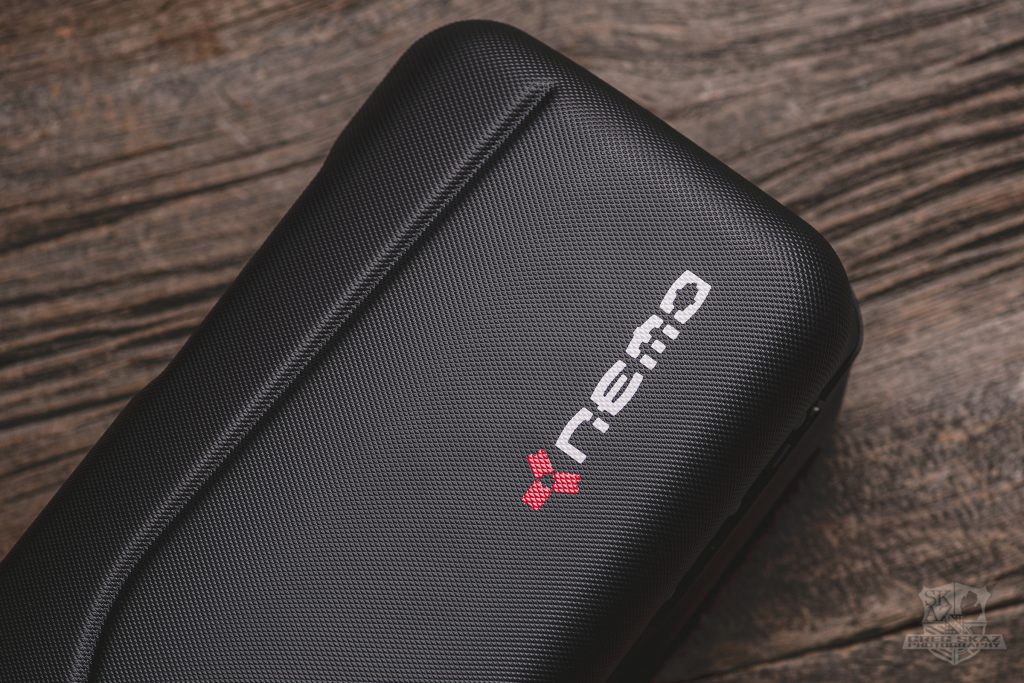 The outside of the case is all Black and kind of sporty looking with a checkered texture and NEMO logo. You lay the case out on the counter and proceed to open it like a treasure chest and this is the glorious sight you see … 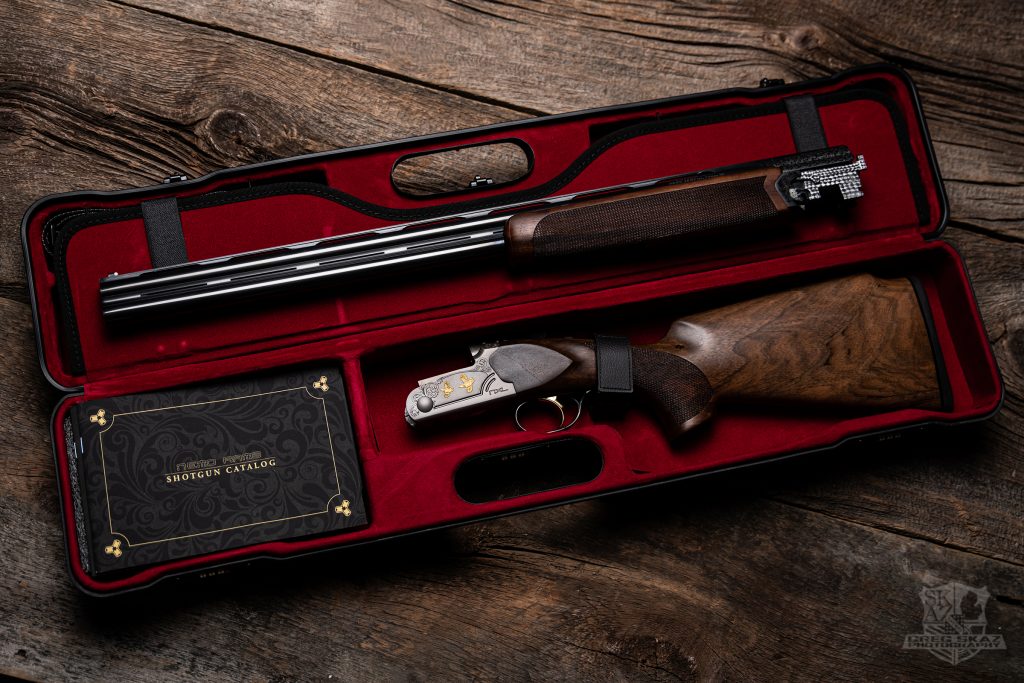 The inside of the case is lined in a beautiful padded red felt-like material with a divider separating the two halves of the shotgun which are held in two molded compartments for a perfect fit. This is the type of presentation you would expect from a high end shotgun and they nailed it. 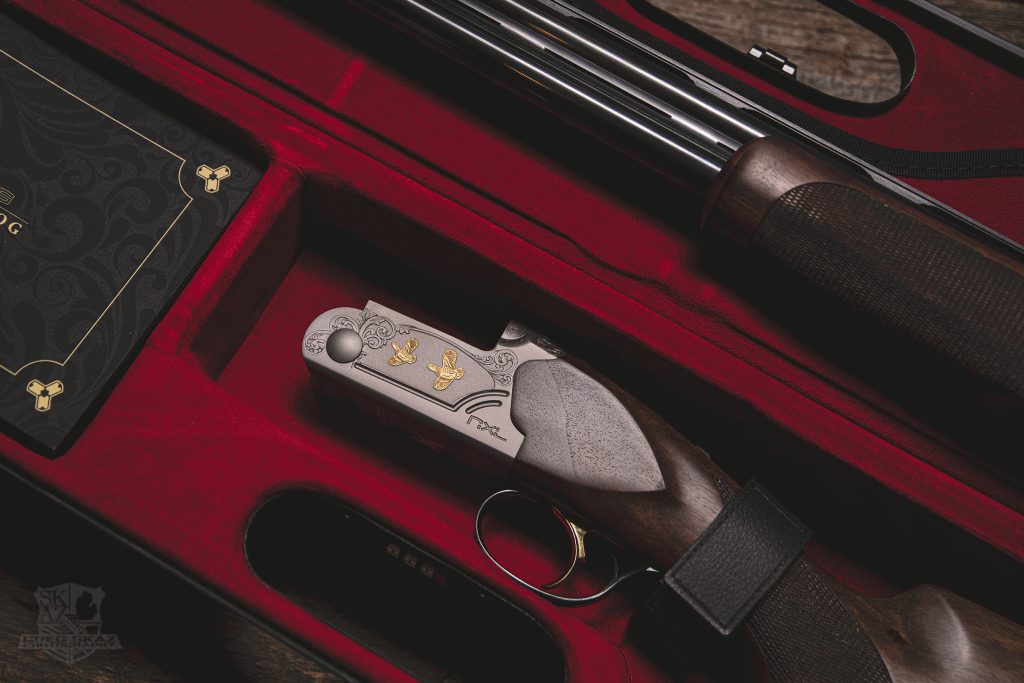 IT’S ALL IN THE DETAILS
Another good indication of a quality firearm can be found when you get close up and look at the details. Some details can look good from far but upon closer inspection you see they are far from good. The NEMO Arms NXL Lite has a lot of details in all the right places. From the Grouse, Partridge and Pheasant engravings on the frame to the scroll work on the barrel and checkering on the handguard, the craftsmanship is absolutely beautiful. The camera had an easy time finding plenty of beautiful angles to view this gun. 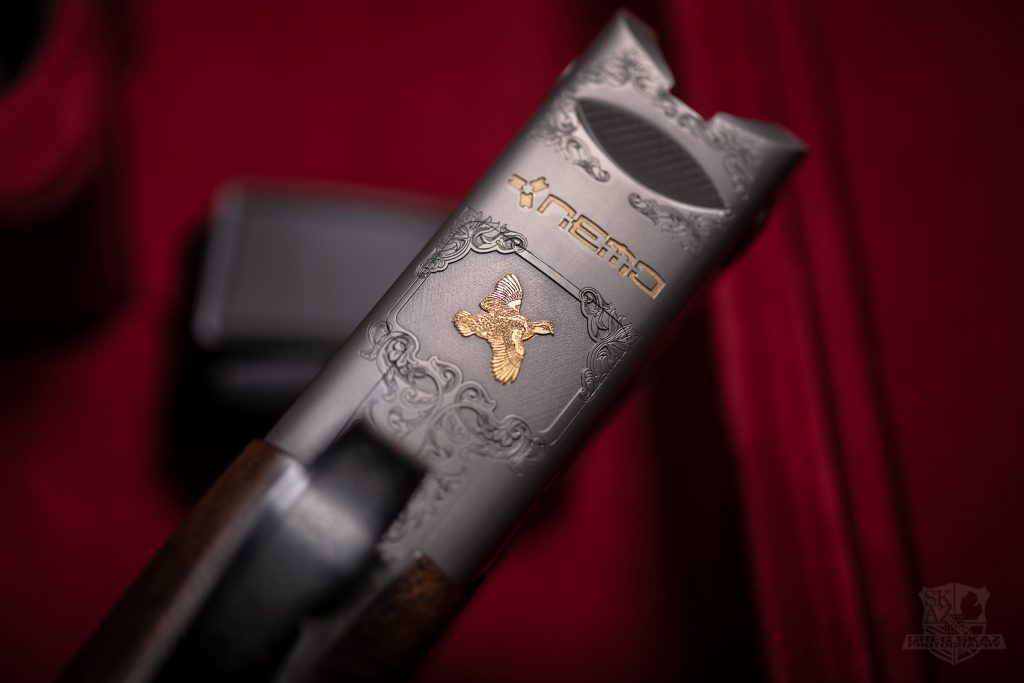 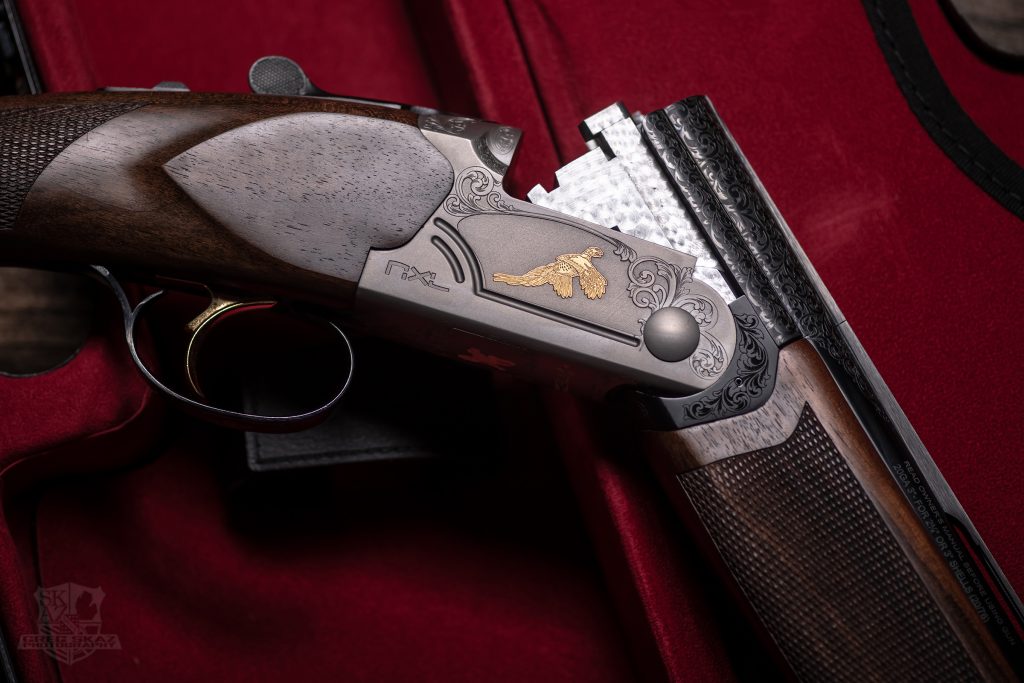 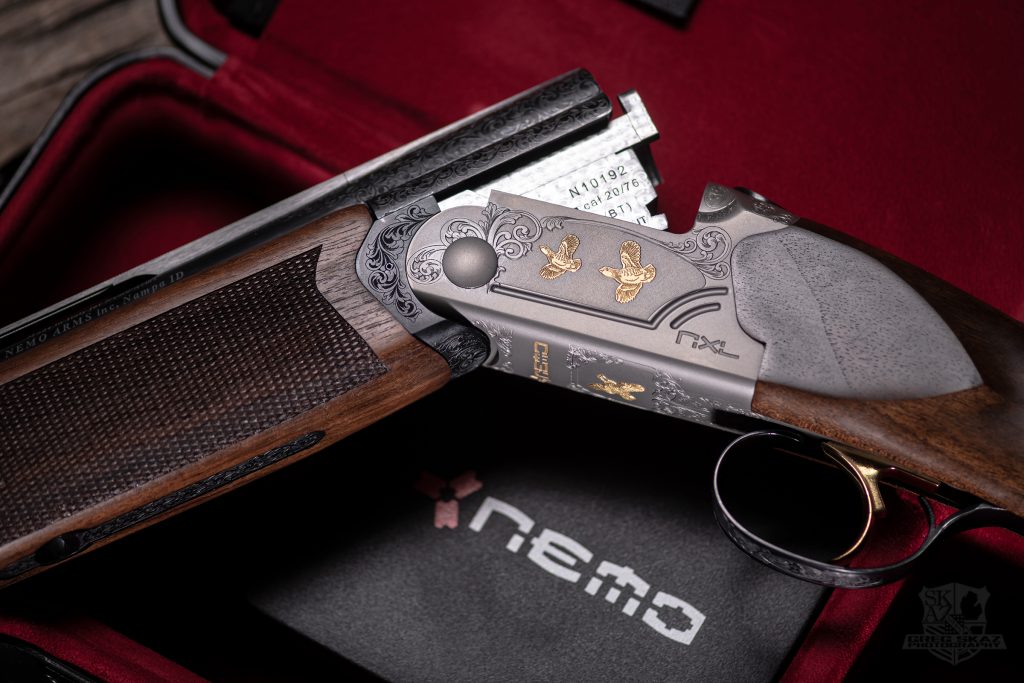 RANGE TIME
Of course, the NEMO Arms NXL Lite shotgun can not be reviewed without some range time. From the minute we opened the case at the range to the time we left we were reminded of how nice this shotgun is. 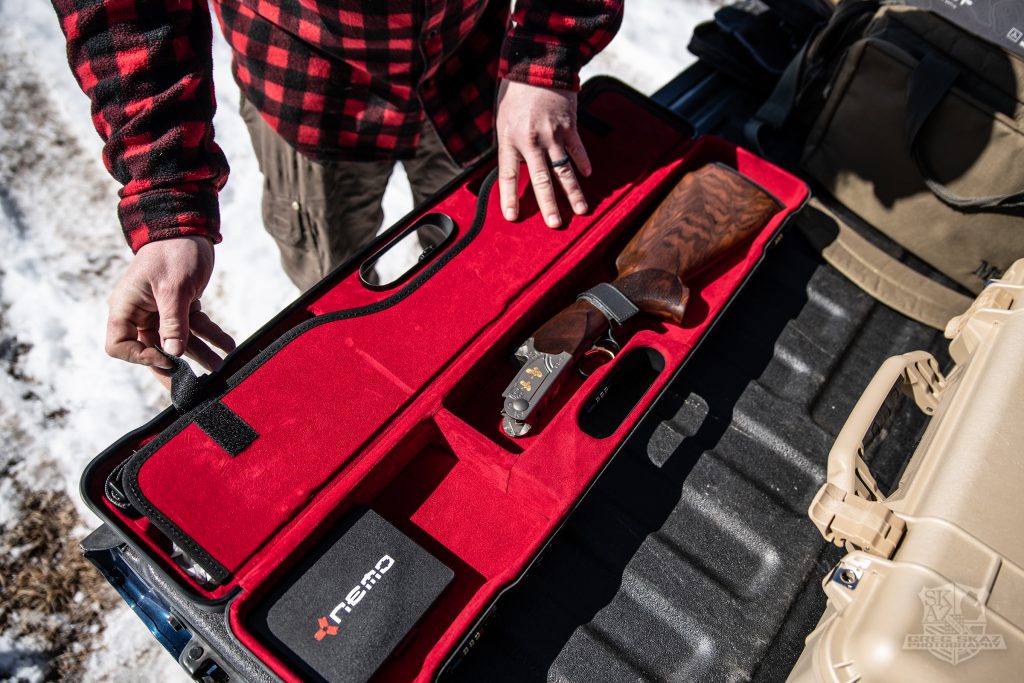 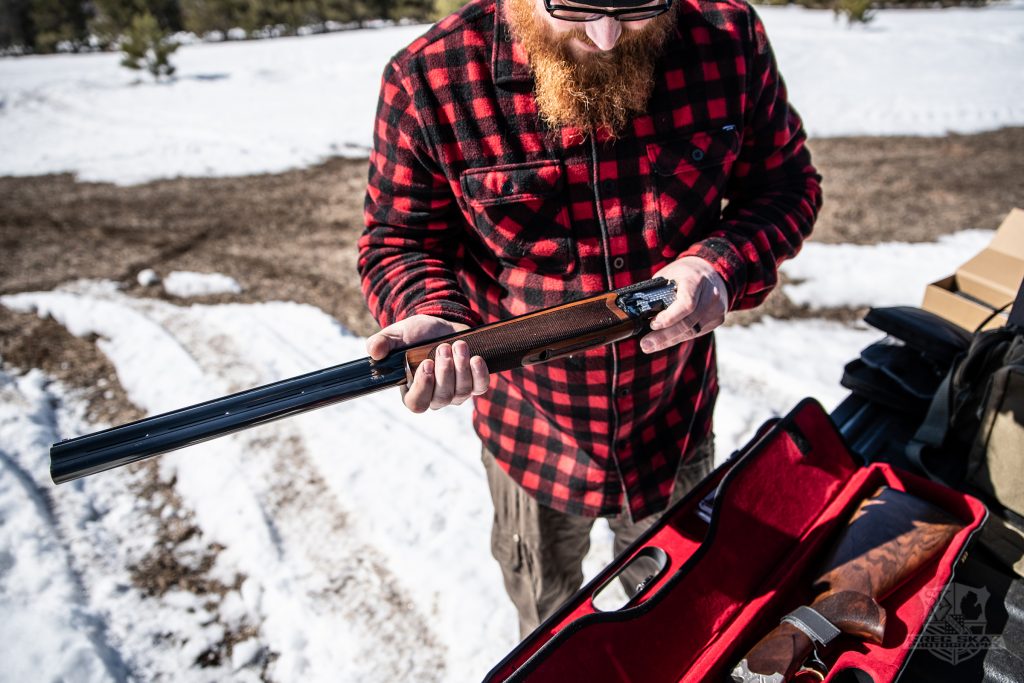 Over/Under shotguns are totally different from your semi auto guns in that there is no tube. You open the breach, place one shell in each chamber and then snap the breach back closed. Now you’re ready for some fun. No matter how many rounds you’ve already shot, you just keep going back for more. Maybe it’s the awesomeness of ejecting the spent casings and seeing the smoke billow out but we we having so much fun we didn’t even care how much the ammo costs. The NEMO Arms NXL is super accurate which makes shooting clays a breeze. 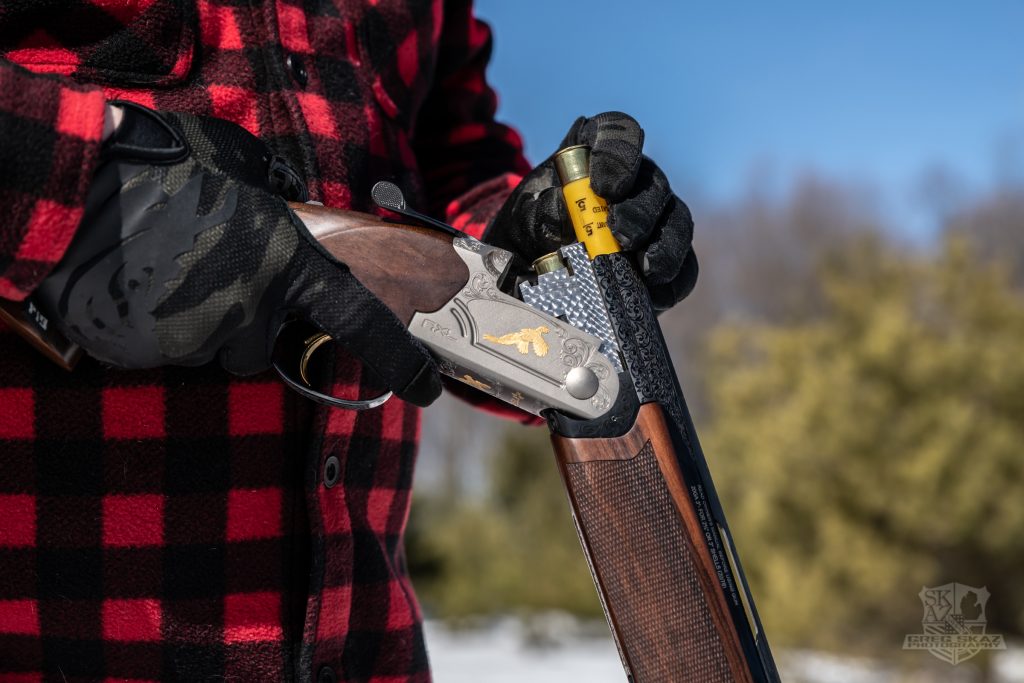 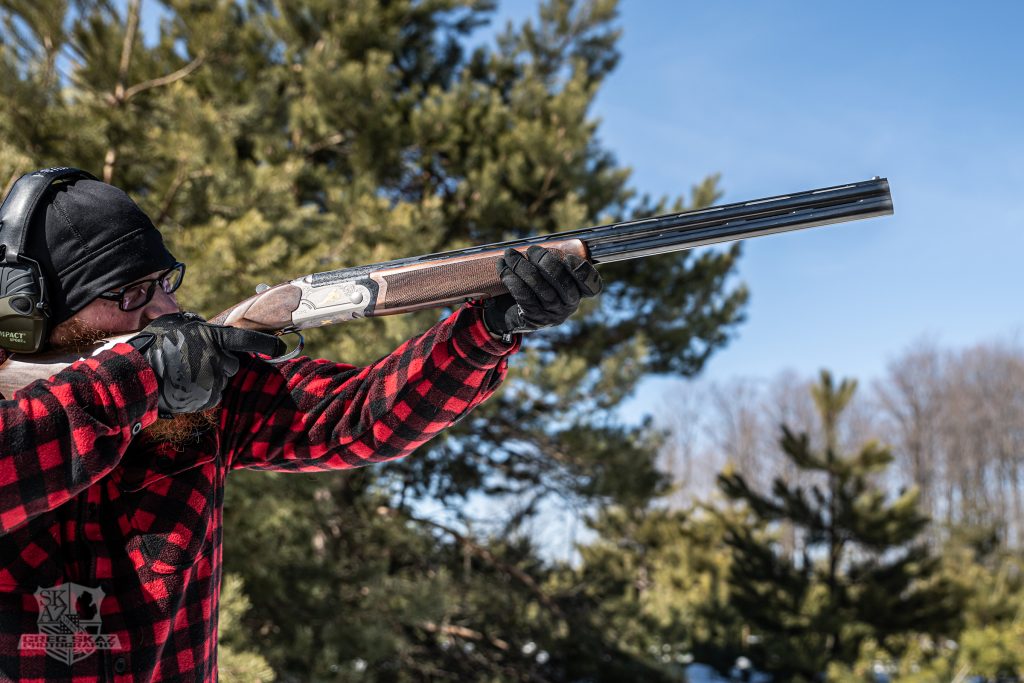 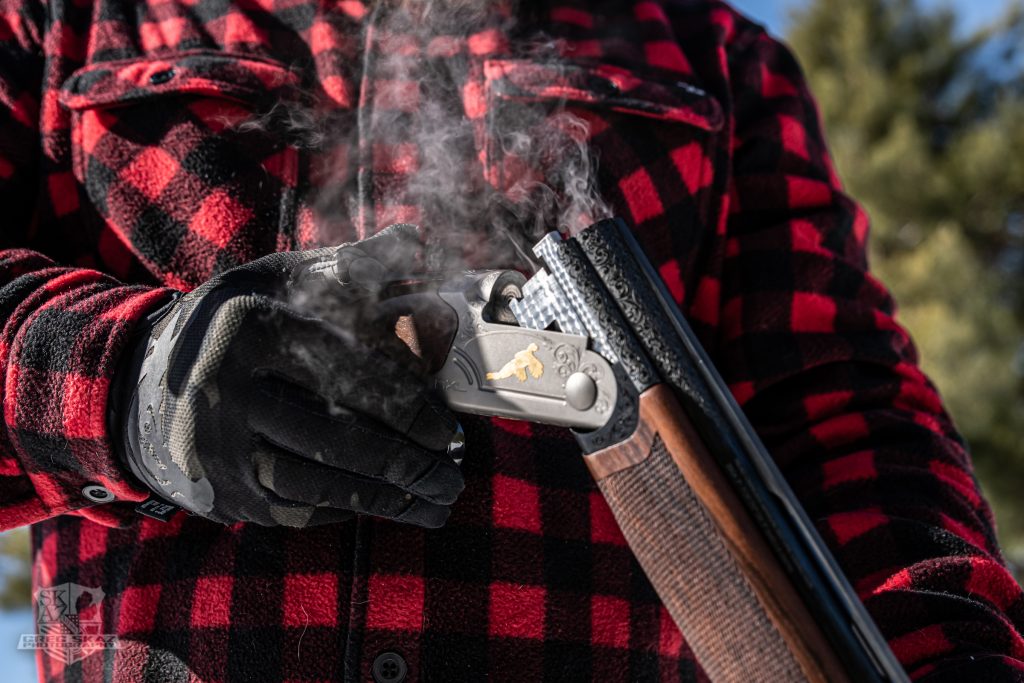 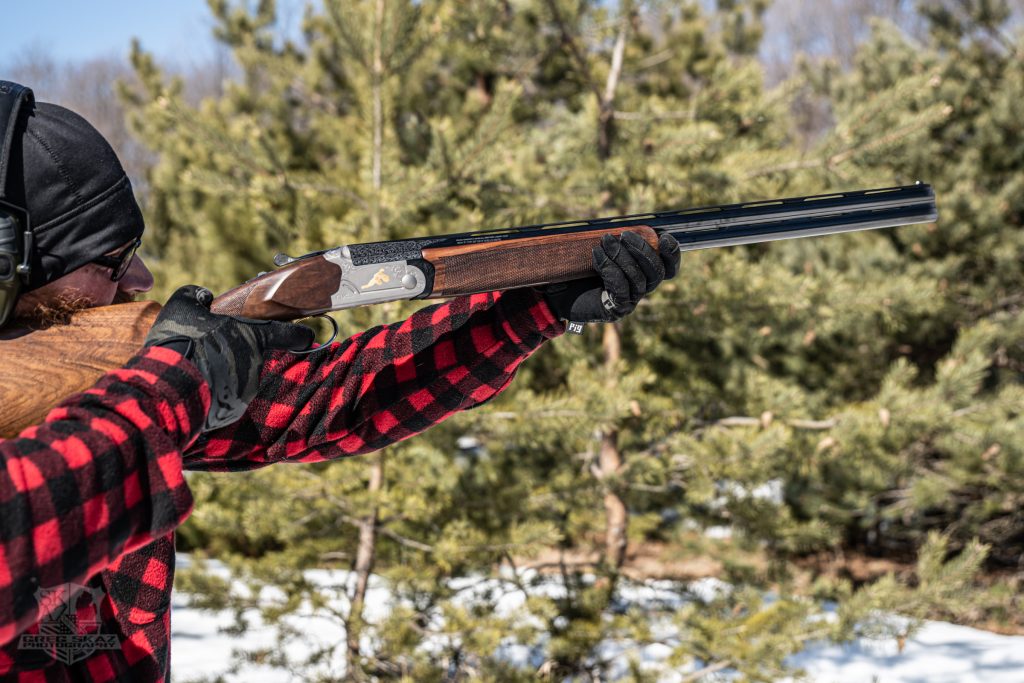 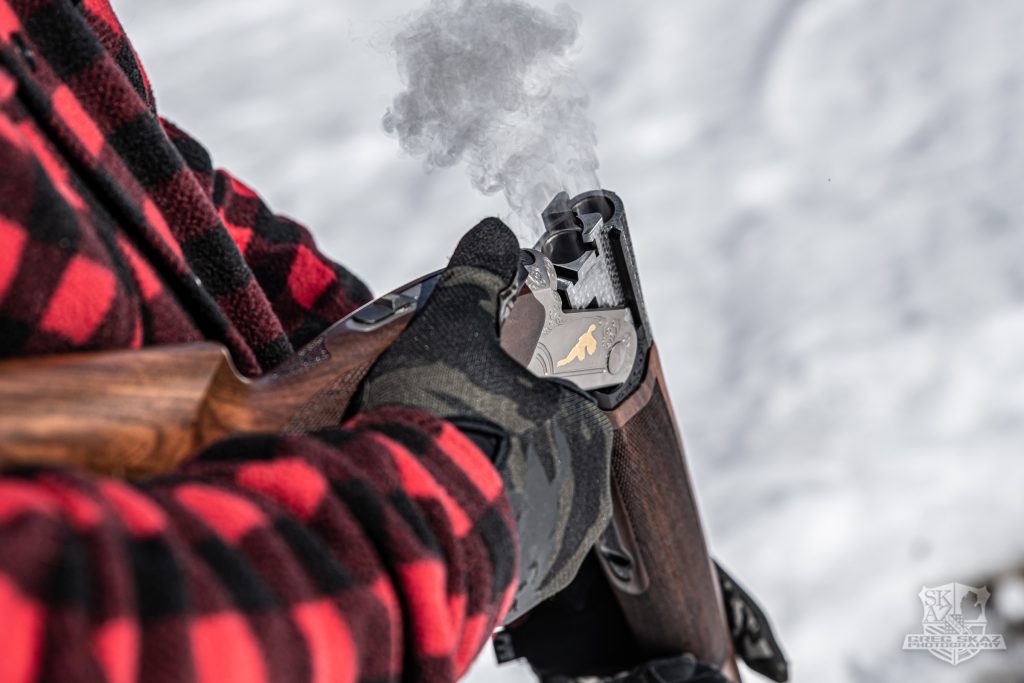 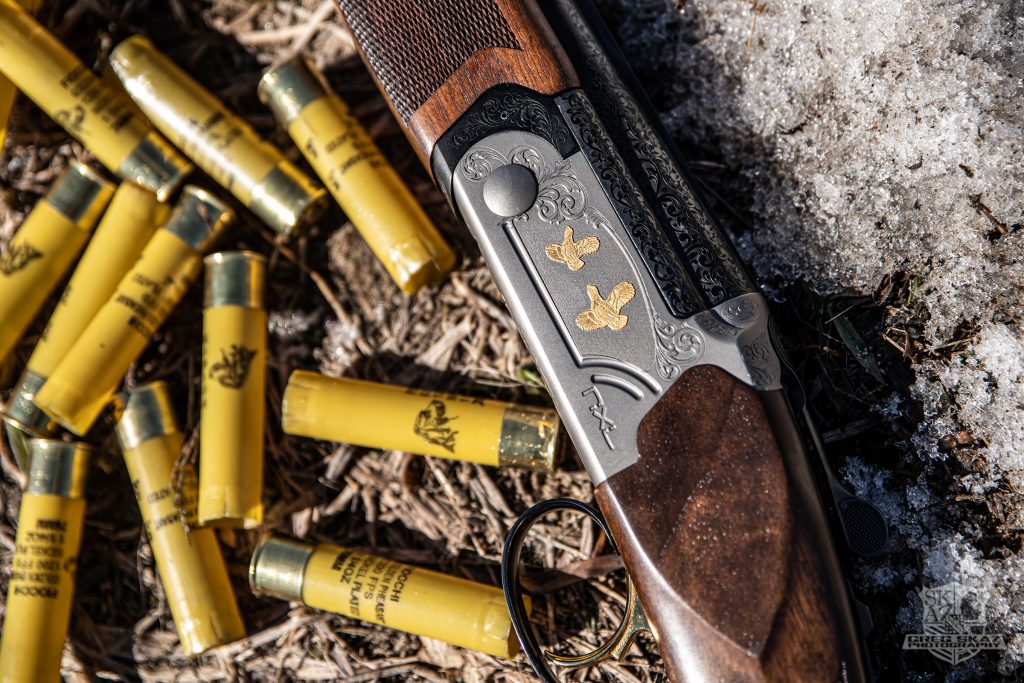 Overall the NEMO Arms NXL just seems like it shouldn’t be as good as it is at this price point. It seems like an all around perfect package for this type of shotgun. Lightweight with it’s magnesium frame, even with it’s 26″ monobloc steel barrel, the weight is only 6 pounds. That’s the same weight as a Remington 870 with only an 11″ barrel. The world of shot guns I’m used to, you never get everything you need in a single package. This NXL Lite on the other hand comes with A Negrini Case and all the chokes you’ll need, also in their own small case. Full, modified and improved modified. 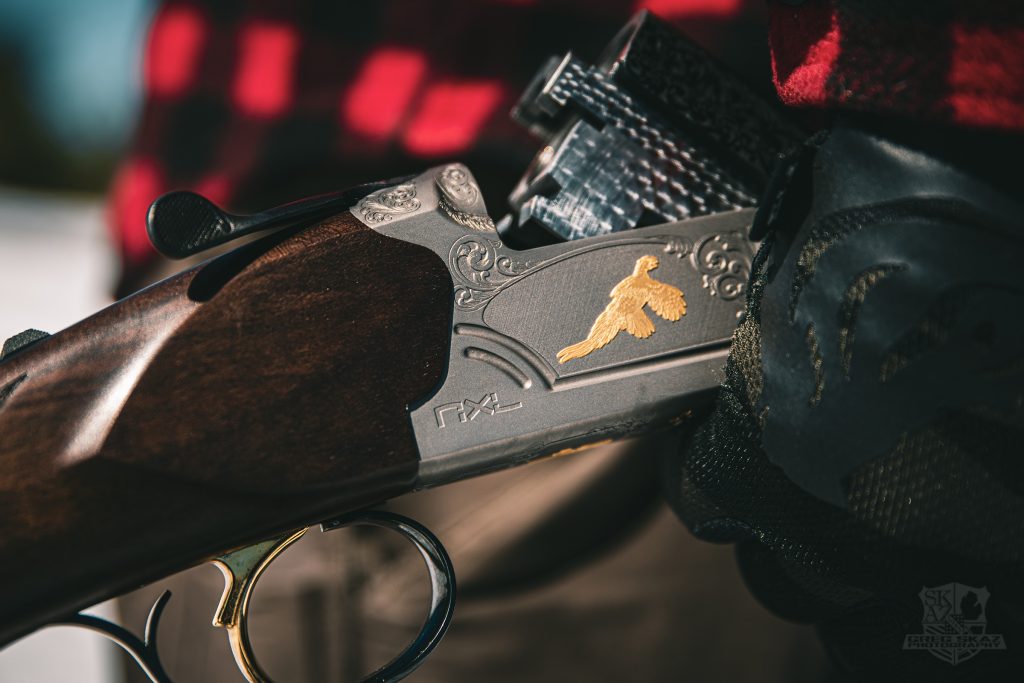 While anything priced $3,199 MSRP is not cheap, I fully realize I have AR’s that cost more than this. And knowing what kind of crazy money some of these high end over under shotguns go for I’d say this is a killer deal. If anyone I know is looking for an affordable but extremely nice over under shotgun, I will have no second thoughts about recommending the NEMO Arms line as something they can even hand down to their children years from now.

For more information regarding the NEMO Arms Over/Under Shotguns you can check all four models out at www.NEMOArms.com