The Best Home Defense Ammo For An AR-15

Why Ammo Choice Is Important For Home Defense

There are several trains of thought a DIY AR15 builder has when choosing the correct upper receiver or lower receiver and all the other parts in between. Is the intended use for the rifle for competition only? Is a lightweight solution something needed? What type of suppression systems, muzzle brakes, or flash hiders do you expect to use?

Most AR15 owners don’t give the round of ammunition they intend to fire more than a casual thought, and many think of .223 or 5.56 NATO rounds, and the thinking process stops right there.

When it comes to the caliber, if your AR15 is chambered to handle the higher pressure of a 5.56 NATO round, you can fire .223 in the same rifle. However, this multi-caliber situation doesn’t usually happen in reverse. Firing a 5.56 projectile in a rifle explicitly chambered for .223 can result in faster barrel wear. If you’re not sure, check with the barrel manufacturer.

When it comes to home defense, having the perfect round of ammunition with the most effective stopping power is essential and sometimes crucial for protecting you and your family. When thinking home defense, there are a few things to take into consideration. One of the most obvious is that you’re not standing at a firing range plinking targets.

Going Down and Staying Down

Should the need arise to use your AR15 for protection, you want to fire a round that puts the invader down. You don’t want a shot with so much velocity and lacking proper fragmentation on its impact and instead of losing all its energy in the target, it continues through multiple walls.

In the world of AR15 ammunition, we seldom think of penetration capability or over-penetration if we miss the target. Probably because most of us are telling ourselves we won’t. However, for the rest of the AR15 owners, this list is some of the best home defense ammunition for AR15 rifles.

Hornady has been producing excellent ammunition for over seventy-two years, and this Critical Defense FTX .223 caliber round demonstrates the company’s dedication to quality. 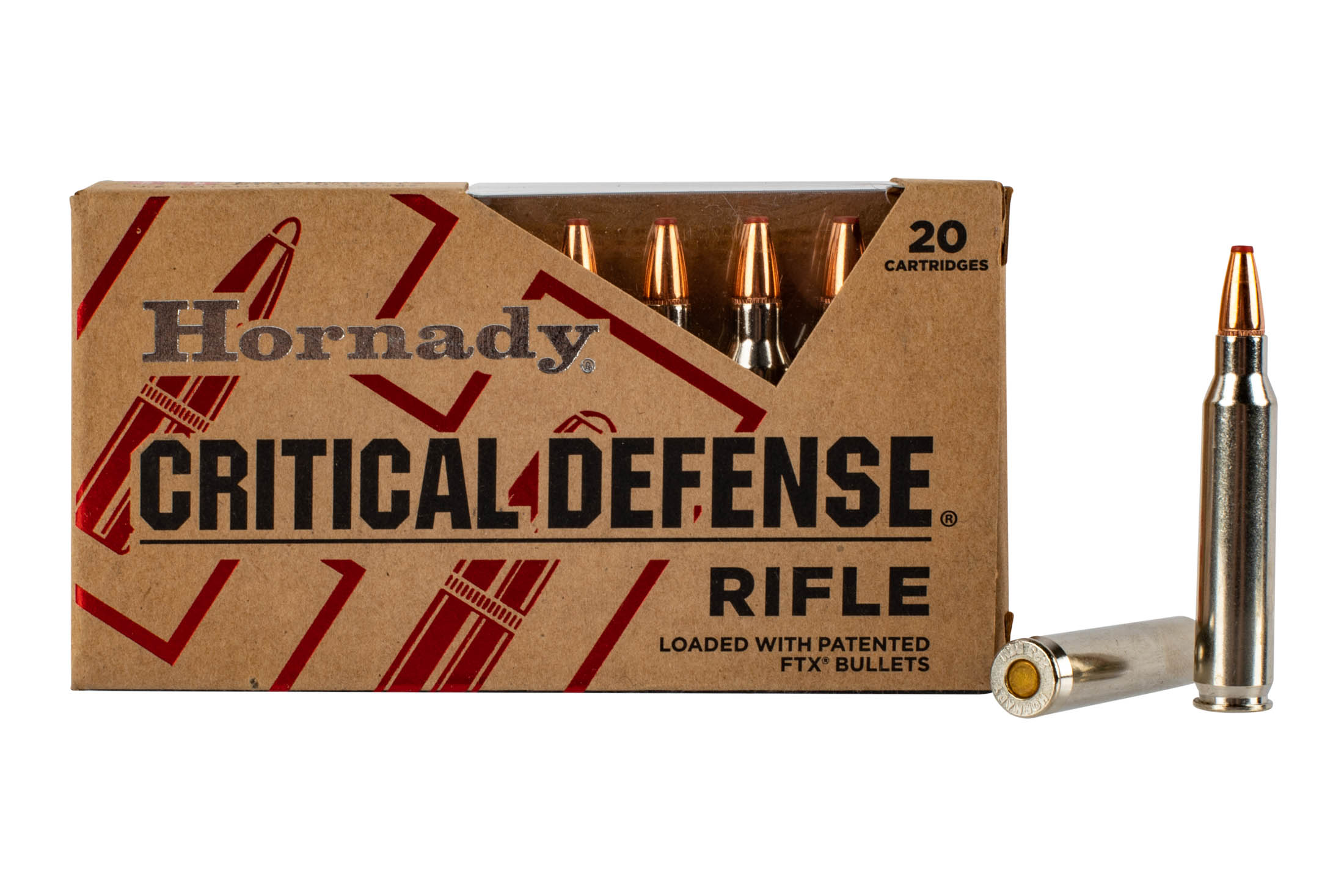 This Critical Defense shot delivers maximum penetration power and sufficient impact expansion to produce terminal results when dealing with deadly threats. With great attention to detail, Hornady engineers all the Critical Defense lines of ammunition to protect your night vision by minimizing muzzle flash. In close quarters and the darkness of night, seeing what you need to shoot at is critical.

Another thing Hornaday does better than most is their use of silver nickel cases on all Critical Defense ammunition. Not only does the case eliminate the potential for corrosion, but the sleek design allows consistent feeding when follow-up shots are necessary.

Every feature of a Hornaday Critical Defense FTX round is there to protect and give you a defensive edge, including the fact that the silver nickel cases are easier to see in low light conditions should a reload be required.

When things get dynamic, and protection and safety are on the line, this .223 caliber round from Federal is one you want to have in your magazines. Each 69 grain bullet has a brass case that you can use again if you’re into doing your own reloads. The magic of this ammunition and what makes it a perfect choice for home defense is the hollow point bullet design that expands on impact. Federal Ammunition‘s Gold Medal Match .223 Ammo is one of the best on the market. 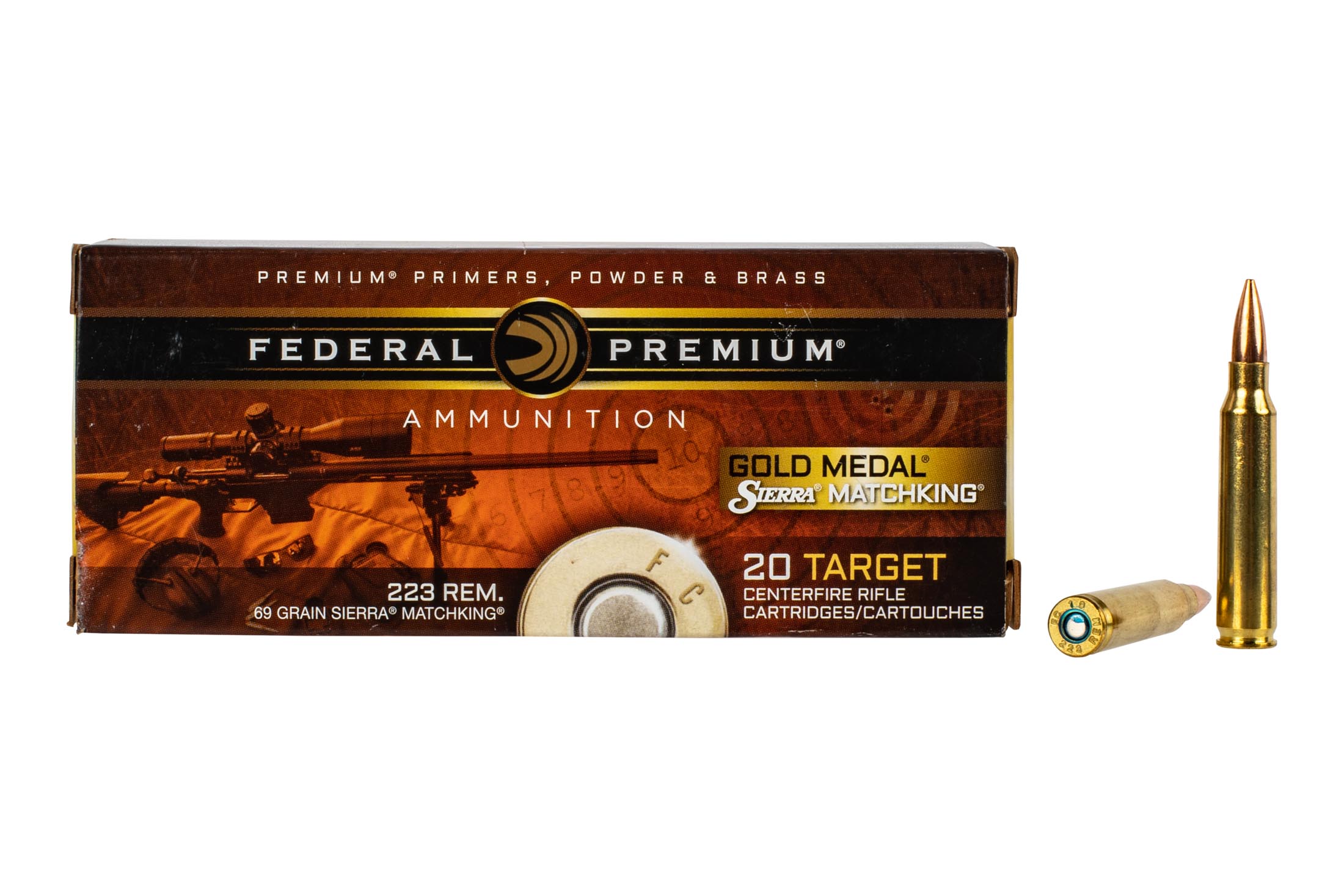 Each round sports a muzzle velocity of over three thousand feet per second, so you’ll not have to worry about the round not reaching the target quickly enough. Once it does, the High-Shock soft point provides maximum stopping power and fragmentation, making it one of the best rounds on the market today.

Remember, when the assailant goes down, you want them to stay down, and when firing a Federal Gold Medal MatchKing round, you’ll get the desired results necessary with each shot.

Speer has built quite a reputation with both the Gold Dot and Lawman versions of AR15 ammunition. Although sporting a 55gr bullet and a high muzzle velocity, Speer nickel plates the bullet’s brass case.

Designed to provide maximum power and expansion on impact, the Speer .223 Remington is a superb bullet for invading varmints regardless of whether they possess four legs or two. At a price range of twenty-five dollars per twenty, that’s a little over a dollar a shot—indeed, a small price to pay for protection that does its job as expected.

Moving into the 5.56 NATO round, Black Hills Ammunition offers probably one of the best home defense ammunition in 5.56 caliber on the market today. 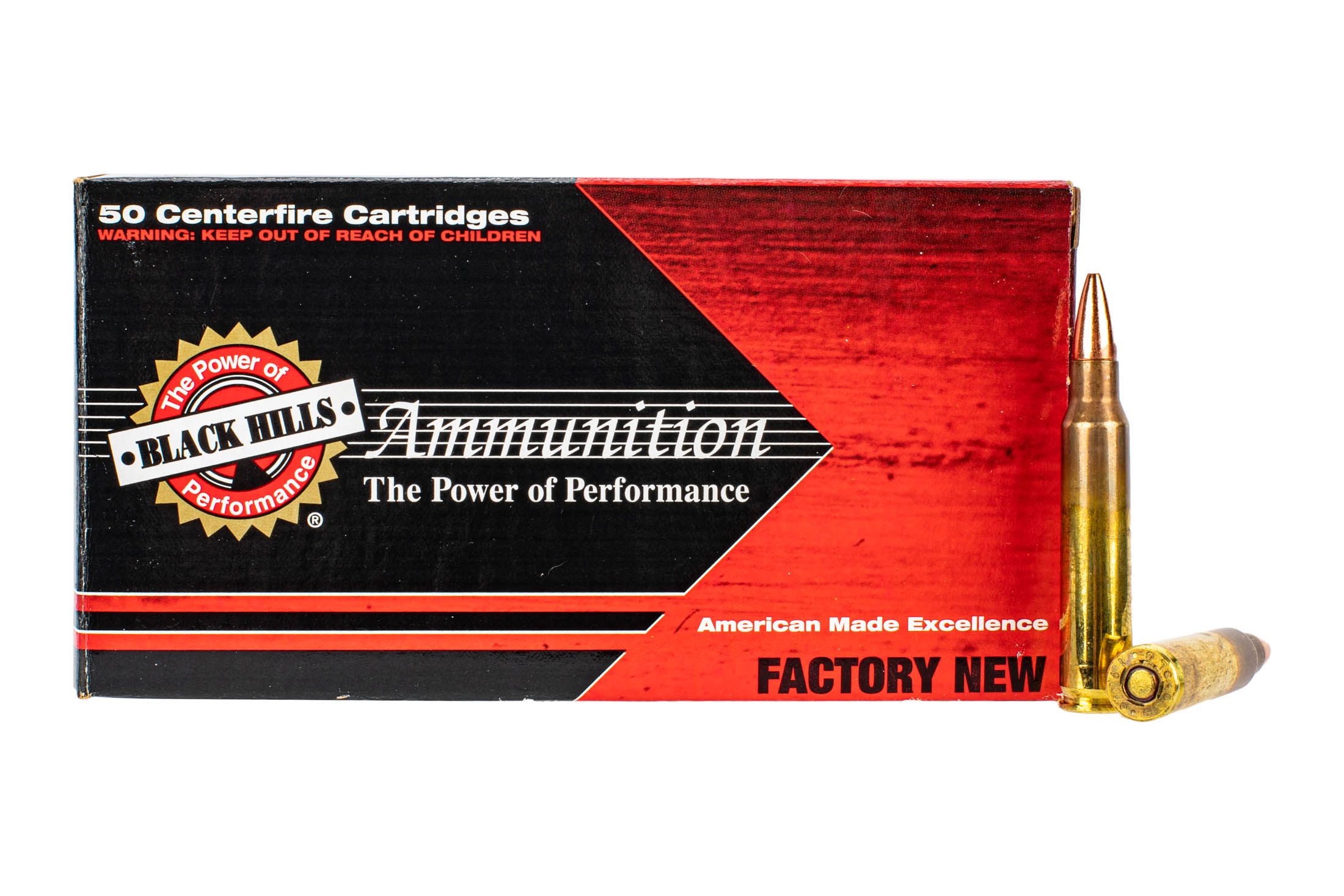 If you’ve ever heard of a projectile that is “barrier blind,” the Barnes TSX 5.56mm ammunition is that and more. Regardless of its twist rate of 1:7 or a 1:12, this fifty-grain bullet jumps out of the barrel and penetrates. Along with deeper penetration, the TSX load from Black Hills Ammunition fully expands during impact, and exposed metallic petals shear off and provide terminal stopping power, especially when fired at close range in longer barrels.

With the Black Hills 50 grain Barnes TSX you’ll get a guaranteed maximum expansion and penetration that will stop an intruder cold in their tracks.

Any TSX round from Black Hills Ammunition will have the best quality copper hollow point projectile that produces the most practical and inexpensive ammunition you’ll see in a long time. At around a dollar and fifty cents per shot, you’ll achieve outstanding results for an amazingly affordable price.

These are just a few examples of a few of the best home defense ammunition for either .223 caliber or 5.56 NATO. Hopefully, you’ve seen enough here to get you started on your search. Choosing the right home defense round for an AR15 isn’t that difficult if you understand how the shot will react once it reaches the target and starts to expand. Of course, how you set up your AR-15 for home defense is another aspect of the conversation. This topic goes beyond the firearm and ammunition you use, but how you set up your rifle such as the type of optic you use, your weapon light, and many more considerations.